How Tendinosis Differs From Tendonitis & Why It Matters 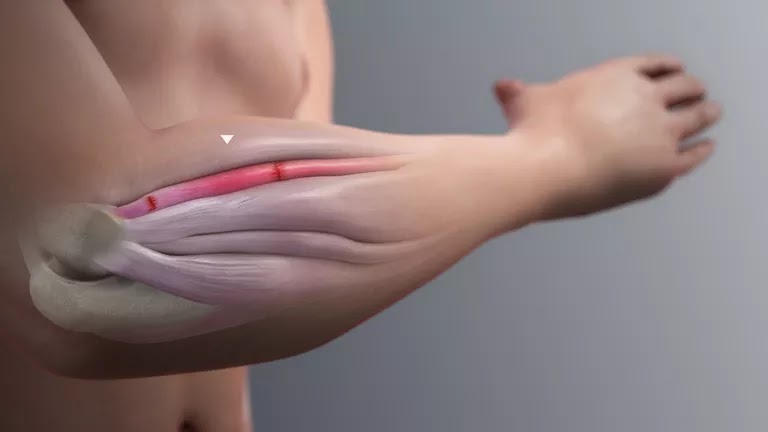 Tendinosis is a condition that is characterized by swelling and pain of a tendon. Tendinosis is often confused with tendinitis, a condition which shares many of same symptoms but differs greatly in its cause and appearance.

Difference Between Tendonosis and Tendonitis
The main difference between tendinosis and tendonitis is time. Tendinosis is a chronic (persistent or recurring) condition caused by repetitive trauma or an injury that hasn't healed. By contrast, tendonitis is an acute (sudden, short-term) condition in which inflammation is caused by a direct injury to a tendon.

(The differences are reflected in their suffixes, with "-osis" meaning abnormal or diseased and "-itis" meaning inflammation.)

The symptoms and patterns of the disease also vary:

These differences inform how we treat the two conditions and predict the outcomes of those affected.
Treatment of Tendinosis
One of the most beneficial treatments for tendinosis is with physical therapy. Specifically, eccentric contractions of the damaged muscle-tendon have been shown to be effective at reducing pain and healing damaged tissues. In more severe cases where there is a partial (or likely) rupture of a tendon, surgery may be indicated.

Because tendinosis is not associated with inflammation, oral anti-inflammatory drugs, cortisone injections, and cryotherapy (ice application) are less likely to be beneficial when treating the condition.

Thanks for this helpful information.
The primary contrast somewhere in the range of tendinosis and tendonitis is time. Tendinosis is a persistent condition brought about by dull injury or an injury that hasn't mended. On the other hand, tendinitis is an excellent condition wherein irritation is brought about by immediate damage to a ligament. Visit here to buy all types of medicines-Pharmacy Shop Online
You must log in or register to reply here.
Share:
Facebook Twitter Reddit Pinterest Tumblr WhatsApp Email Link
Top