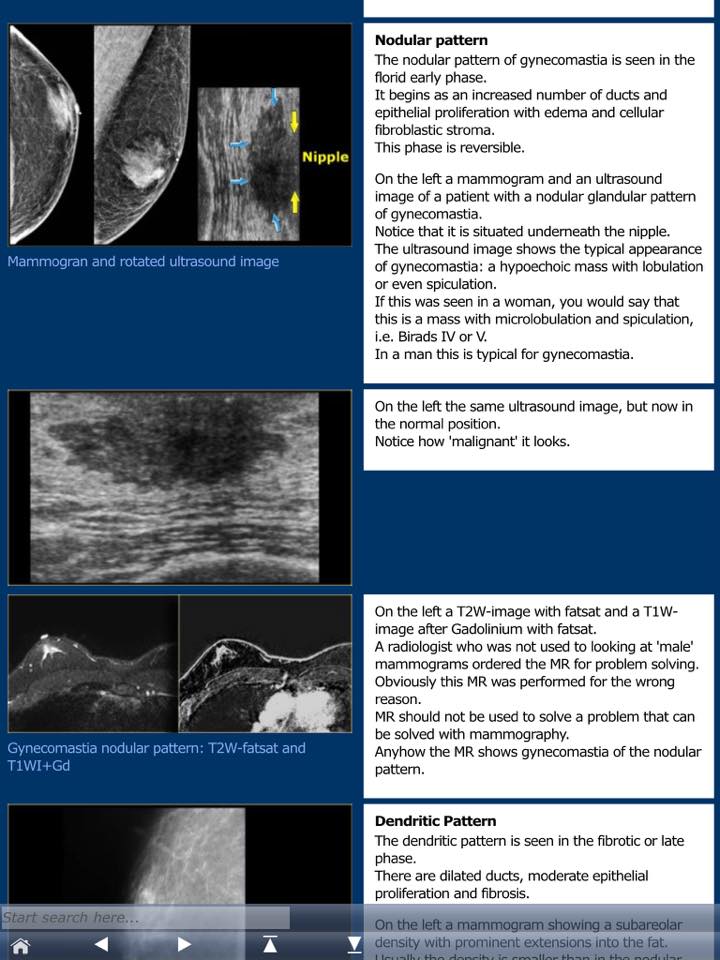 Staff member
Nodular pattern
The nodular pattern of gynecomastia is seen in the florid early phase.
It begins as an increased number of ducts and epithelial proliferation with edema and cellular fibroblastic stroma.
This phase is reversible.